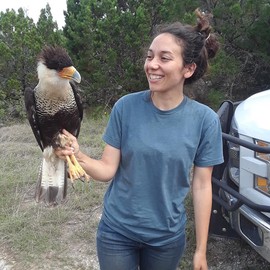 I am a PhD student and Smithsonian fellow, working on the migratory connectivity and demography of Sprague’s pipit at the American Prairie Reserve in central Montana. I am originally from southwestern Ontario where I graduated with a B.S. from Western University and first became interested in studying migratory birds. I worked on a variety of avian research projects across Canada and the United States before I received my M.S. degree from Louisiana State University. For my M.S., I studied grassland birds overwintering in pine forests in central Louisiana and also assisted with a project investigating golden-cheeked warbler migratory connectivity.